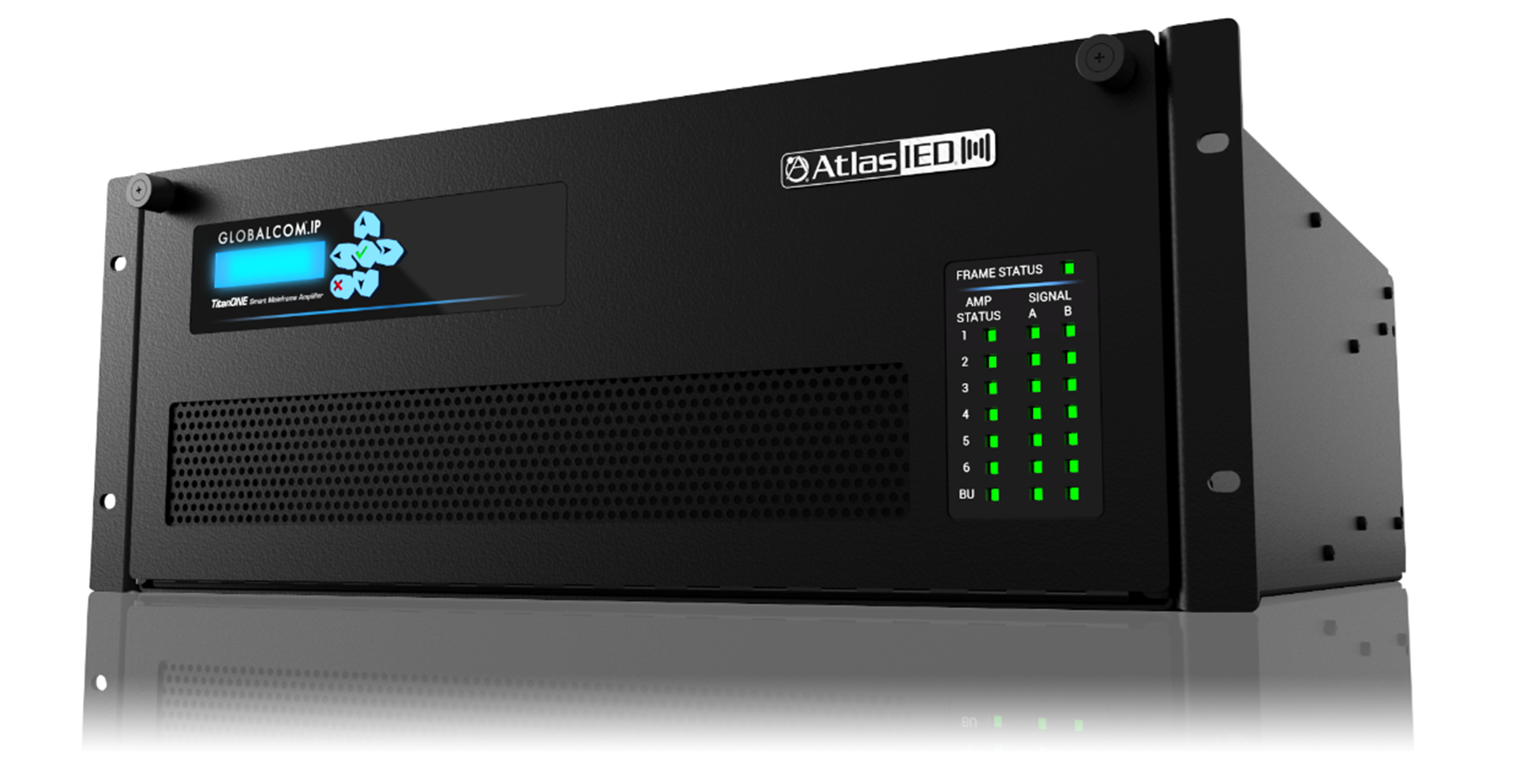 The T112 meets the stringent standard requirements for life safety and mass notification systems. It is UL 864/1711 and UL 2572 listed, and it can be easily incorporated into any fire or life safety system. The T112 also can enter “Power-Save Mode” via contact closure or over the network. In this mode, all the power amplifiers are switched off unless needed for an emergency message. This saves battery or backup power supply drain - when the main power is lost.

The T112 mainframe with DSP can provide up to twelve main channels of amplification and two backup channels for redundancy. Six of the amplifier cards function as primary cards to drive connected loudspeaker circuits. The seventh card functions as a redundant backup that is automatically engaged in the event of a card failure. The T112 modular mainframe can also support dual-channel line output cards T2LD-120V & T2LD-230V to drive external systems or to provide processing for self-powered loudspeaker arrays.

Patented technology for real-time control ensures announcements are heard at the perfect sound level. This AtlasIED software measurement technology automatically and continuously tests the ambient noise levels within an environment and dynamically raises or lowers the loudspeaker levels to compensate for noise changes. The T112 has connectors on the back of the chassis for up to twenty-four IED540S ambient analysis sensors. One or two sensors can be used per main amplifier channel and each ambient sensor intelligently reports the noise level at its location. The T112 mainframe uses this information to automatically compensate the individual output channel levels for optimum sound pressure performance in that specific location only. Additionally, other output channels that don’t have sensors may be slaved to a channel which does have ambient sensors.

Products
Solutions
Support
Resources
Contact Us
About Us
Careers

Request Access to Use AtlasIED.com to Place Purchase Orders.

Please complete this form and we will have one of our audio experts get in touch with you.