Factory work is notoriously noisy, but when the biggest distraction is not the loud equipment but 80 competing individual radios and speakers, something must be done.

That’s why Dutch furniture makers Meubitrend turned to AtlasIED to streamline and simplify the sound in their 20,000-square-meter factory.

Whether working in an office, a retail setting, a factory or at home, workers around the world often turn to music to increase their productivity and creativity. Employees at Meubitrend’s factory in The Netherlands are no exception. Listening to music was supposed to make their workday more pleasurable but all the workers’ listening devices playing at once were cluttering the soundscape of the factory, not to mention crowding the physical workspace. Instead of being melodic, the result was downright unpleasant.

“People come in in the morning, and they take off their jackets, grab a cup of coffee and put on the radio,” explained Ferdi van den Berg, Marketing Director at pro audio distributor Mennegat Trading. “Meubitrend workers would use small, portable devices, which they put on their own desk or workstation, and there was music all over the place. All different radio stations, all different noises; it was a mess.”

In a wide open space, like a factory floor, such distractions can be frustrating for workers, turning their attention away from maintaining the high standard of quality that has been attached to the Meubitrend name for more than 40 years.

The company needed a centralized digital audio system that would give their workers the enjoyable work environment they desire, with clear sound and opportunities for personalization, while eliminating the grating cacophony of sound that was getting in the way of a successful workday.

AtlasIED’s Atmosphere audio processing and control system offered a complete solution that was music to their ears.

“Meubitrend came to us with a number of wishes for their audio setup,” said Anton Verhoeven, Account Manager at Backline Audiovisual Projects. “First was the background music. Second, a buzzer for break times so that everybody has a break at the same time, and third was the use of a paging microphone. So we needed a solution that allowed us to create different zones where volume, messages and other sounds could be individually controlled.

“When we found that the Atmosphere system had this capability,” he continued, “we knew this was the right solution, and our engineers were very enthusiastic about how simple Atmosphere was to install and use.”

Three of those zones were on the factory floor, where workers typically listened to the same music but needed to control the volume separately, depending on the noise level generated by equipment and other conditions in each area. The other two zones involved the canteen and office spaces. Like the factory, the canteen was a loud and lively place, whereas the office area was more mellow and required a different musical selection at a lower volume.

“We knew this was the right solution, and our engineers were very enthusiastic about how simple Atmosphere was to install and use.”
— Anton Verhoeven, Account Manager at Backline Audiovisual Projects

While the musical selections typically came from pre-selected internet radio stations, A-BT Remote Bluetooth Audio Inputs allowed workers to easily connect their own mobile phones or other devices to play their personal playlists or other music – a treat reserved for Friday afternoons or parties in the canteen.

Atmosphere integrated seamlessly into the existing loudspeaker system, and that ease of interoperability was matched by the system’s ease of use, which was important for giving employees flexible control over the sounds of their day.

“The most important thing was that it was easy to use by the employees, and not a very complicated system that one person knows,” said Verhoeven. “When you want to change volume, it's very easy to do from the office, in that part of the company. At the same time, it was equally important to limit who was able to do what with the system. Atmosphere has built-in parameters to make sure of that.”

Multiple C-ZSV Zone Source and Volume Wall Controllers were installed in the space, with vital limitations in place to define the features employees could use and which needed to be left to the professionals.

“We trained the responsible people on how they could choose radio stations or how to use the Bluetooth input to play music from their telephones or from their devices, which is very easy with the source controls and the volume controls,” Verhoeven continued. “The rest, we know how to do and we support that from a distance.”

Along with the importance of defining the selection and volume of background music that adds enjoyment to the workday experience, management needed to connect its paging microphone to break in with intelligible, important announcements. Ownership also wanted the ability to program perfectly-timed pause announcements that interrupt the music with prompts to signal the start and end of midday breaks. The AZM8’s built-in bell scheduler fulfills that must-have, making sure that all workers are taking their breaks on the same schedule.

Simplifying the sound at the Meubitrend factory has helped to boost employee morale, giving them access to the music they enjoy at volumes that make sense for quiet offices, rowdy canteens and factory floors.

Employees are extremely happy with the control and ease of use this setup adds to their day, and ownership is already looking ahead to adopting Atmosphere technology in the factory showroom and other areas ripe for expansion. A sound investment all around. 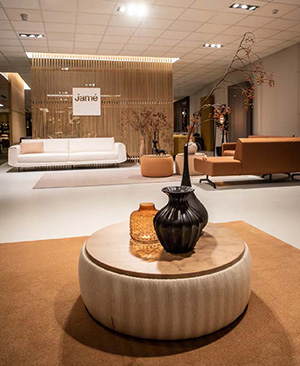 DUTCH FURNITURE MAKERS MEUBITREND TURNED TO AtlasIED TO STREAMLINE AND SIMPLIFY THE SOUND IN THEIR 20,000 SQUARE METER FACTORY 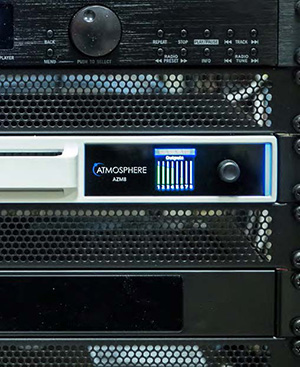 MEUBITRAND NEEDED A CENTRALIZED DIGITAL AUDIO SYSTEM THAT WOULD GIVE THEIR WORKERS THE ENJOYABLE WORK ENVIRONMENT THEY DESIRE, WITH CLEAR SOUND AND OPPORTUNITIES FOR PERSONALIZATION 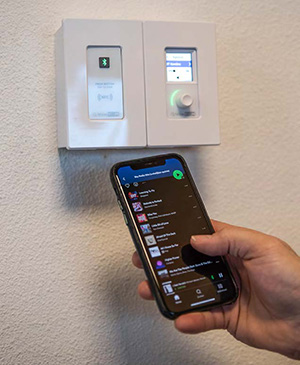 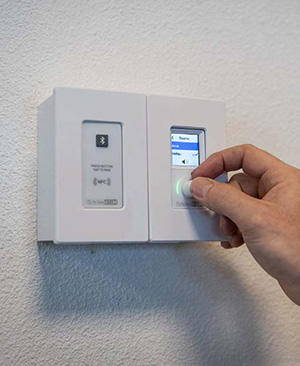 MULTIPLE C-ZSV ZONE SOURCE AND VOLUME WALL CONTROLLERS WERE INSTALLED IN THE SPACE, WITH VITAL LIMITATIONS IN PLACE TO DEFINE THE FEATURES EMPLOYEES COULD USE AND WHICH NEEDED TO BE LEFT TO THE PROFESSIONALS.
AtlasIED PRODUCTS USED IN THIS PROJECT INCLUDE: 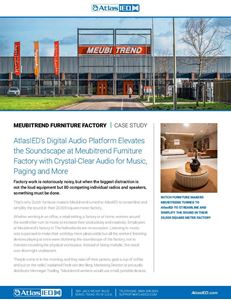 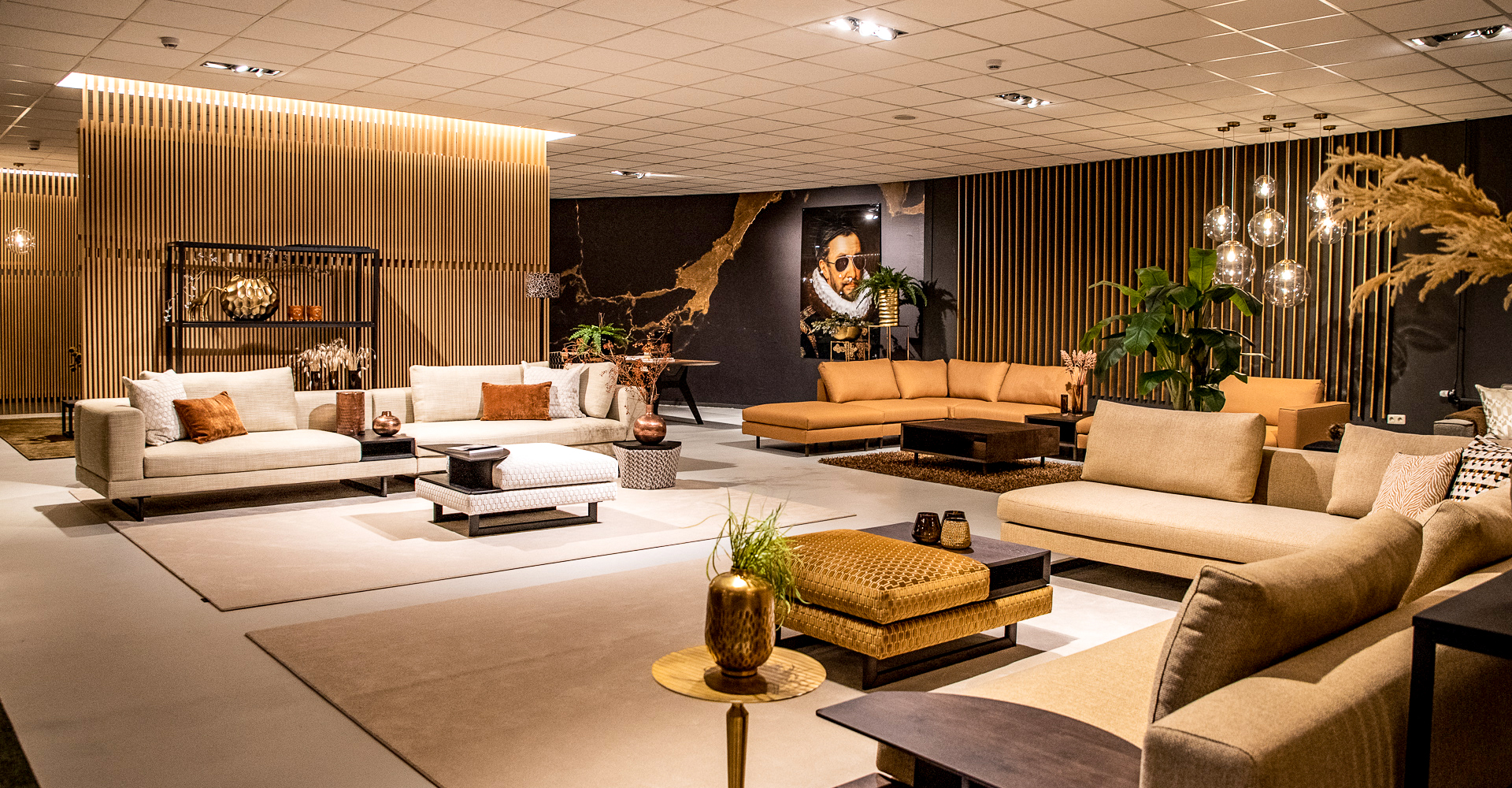