Constant-voltage speaker systems refer to networks of loudspeakers that are connected to an audio amplifier using step-up and step-down transformers to simplify impedance calculations and to minimize power loss over the speaker cables. Systems like this have been around for nearly 100 years and were invented in response to the need for large public address installations that required a large number of loudspeakers. These systems use higher voltage and lower current to distribute the signal using lower gauge wire. In Canada and the US these systems are most commonly referred to as 70-volt systems.

Few systems are as misunderstood as "70V" systems.  The most important trait of these systems is the use of transformers that are used to "step down" the signal voltage before applying it to the loudspeaker. This is necessary because the signal voltage is "stepped up" at the amplifier. Myths regarding these systems abound. Some are rooted in fact, others, not so much.

Here are some common misconceptions about 70V loudspeaker systems:

70.7 volts is present all of the time, just like 120V on a household electrical circuit.

This illustrates the difference between a "rated" voltage and an "actual" voltage. Audio signals are dynamic, meaning that they are only present when something is playing over the system.

These systems have poor sound quality and are only suitable for paging and elevator music.

This is an undeserved reputation and is rooted in the origins of 70V systems. As technology has improved, so has the quality of the output in a 70V system. Using high quality loudspeakers and transformers, these systems can have excellent fidelity, indistinguishable from conventional systems that use 8-ohm loudspeakers. It is true that there are many poor quality 70V systems in use, but that is due to the factors that can make any sound system sound bad, poor quality products, poor design, improper installation, or user error.  Anything can be poor quality if not done right.

These systems are low frequency deficient because you can't get "bass" through a transformer.

This is another myth rooted in the past and that technology has improved. Today's transformers are much more efficient at producing low frequencies with lower saturation and loss. In fact, today a wide variety of 70-volt subwoofer options exist to make your system sound even better.

All loudspeaker wiring must be in conduit.

This is only true if it is required by local, county, or state regulation. In some jurisdictions, a 70V system is considered to be "high voltage" and therefore can require conduit, but that is not a standard across all jurisdictions in the United States so once again it is important to know the regulations in the areas you work!

An expensive impedance meter is required to install a 70V system.

The impedance meter is handy, but not essential. In fact, one of the reasons these systems are specified is to avoid impedance ratings and impedance measurements. The loudspeaker transformers have different power tap settings depending on the transformer, which steps down the voltage to a usable wattage at the speaker. As long as the total combined loudspeaker wattage on the line doesn't exceed the power output of the amplifier everything will work perfectly. An impedance meter can be used to verify that everything is connected properly. If you had 10 loudspeakers all with transformer taps set to 15-watts, that would be a total of 150-watts. Using Ohm's law, we can take the voltage squared (70 x 70) divided by the wattage (150) and get a resistance rating of 33.66-ohms. An impedance meter can be connected to the loudspeaker wiring at the amplifier to confirm it is wired correctly. 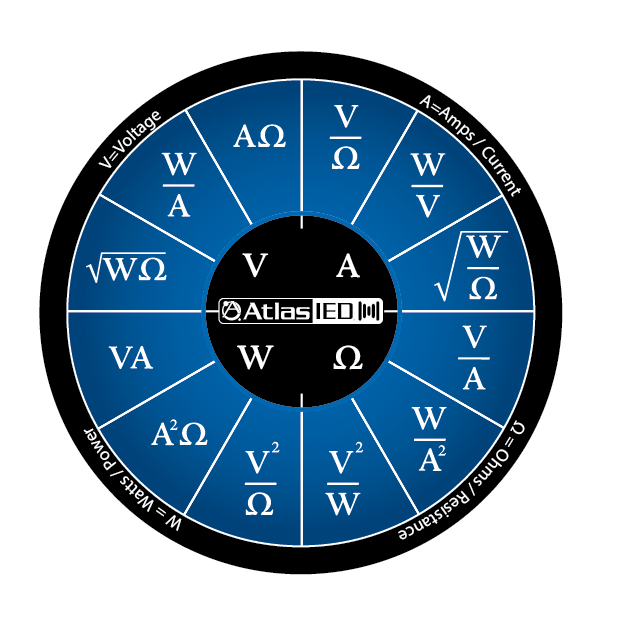 These systems are only for ceiling speakers.

70-volt systems have lots of phase interference and comb filtering.

Done properly, the transformer-distributed loudspeaker system is a nice arrow-in-the-quiver of the sound system designer. They have served our industry for nearly a century and will likely do so for another. There is simply no other way to accomplish what these systems can do: