Imagine attending a baseball game and struggling to hear the play-byplay commentary, rousing music to pump up the players and the crowd, or announcements between innings to remind you to visit the concessions. It's the fanfare of the game—just as much as great plays—that makes attending a live sporting event so enjoyable, entertaining, and ultimately brings back repeat business. An exceptional audio system helps deliver this level of excitement — something that had been sorely missing from the Melbourne Ballpark stadium in Victoria, Australia.

For more than 30 years the home of the Melbourne Aces had been using the same lackluster audio system, giving spectators little to cheer about. It might have been a great setup in the early days, but today's fans expect a lot more from a game-day experience than listening to the crack of the bat. Attendance was dwindling as a result.

Pitching a New Approach to Audio

Venue administrators knew it was time for drastic measures to revive the stadium. A series of upgrades were scheduled for 2019, with the addition of a state-of-the-art audio system at the top of the list. Melbourne commercial AV integration firm Mozaix was hired to handle the design and installation of the audio gear, which would include a total refresh of the stadium's outdated speakers, AV processors, controllers, and more. Several all-weather, multipurpose horn speakers from AtlasIED were tasked with supplying clear, even coverage of announcements, music, and special effects to 2,200 seats in the grandstand and additional seating on the surrounding lawns.

Out in Left Field

Their analysis revealed many problem areas. “First and foremost, the current system covered only 50 percent of the stadium,” says Mozaix director Paul Tucker. “The listening experience varied wildly throughout the venue. The way the system had been originally set up, spectators in one area might hear next to nothing while those seated elsewhere might have their eardrums blasted.” Furthermore, the original loudspeakers lacked the technology to broadcast music optimally, and when music was playing, it usually overpowered broadcasts from the sports announcers. Audibly, the stadium was living in the stone ages, and spectators were missing out.

Mozaix tackled the project with several key objectives in mind: Provide full, even coverage of audio throughout the stadium, lawns, concourses, beer garden, and the baseball field; ample headroom to support intelligible announcements from broadcasters; dynamic, engaging music and special effects to engage spectators; strategic zoned distribution of audio; and overall a better baseball vibe. “We wanted the experience to be top-notch, similar to what American college baseball and football stadiums deliver,” Tucker says. “We contacted AtlasIED distributor PAVT for its recommendation, and consequently went with the FS Series Arena Horn Loudspeakers.”

Several features made these speakers the ideal choice: “They are a far cry from the stadium’s original tinny PA speakers,” Tacker relates. “They don’t look that much different than what you might see mounted to a pole in a shopping center parking lot, but inside they have a 12-inch woofer that makes them much better at handling low frequencies and playing music with more warmth and emotion. Plus, their multipurpose design ensures excellent voice reproduction.” The speakers’ all-weather construction was another selling point, as was a variety of flare angles, which allowed Mozaix to focus sound on a particular area for enhanced clarity.

Covering all the Bases

Using an 86-foot boom, Mozaix mounted three FS12T-94 boxes to the stadium roofline. These units push audio out to the field with a 90° x 40° dispersion range. Spectators, meanwhile, receive audio from four FS12T-99 boxes (90° x 90° dispersion) pointed down at the grandstands and out toward the sideline gardens.

Thanks to some clever engineering by Mozaix, some of the audio effects happen automatically. Two shotgun microphones continually measure the noise level of the stadium. When attendance is light and the grandstand is relatively quiet, pink noise automatically injects onto the audio system to simulate the sound of a larger crowd. When the ambient noise escalates, so does the audio level. To add to the effect, when the stadium crowd cheers, an audio track of a cheering crowd plays through the audio system automatically. “This all occurs very naturally and goes undetected,” Tucker says. “I demonstrated this effect to the CEO of the stadium who commented that he immediately felt a difference in warmth and ambiance. It was the icing on the cake for this project.”

Mozaix rounded out the new audio setup with a simple means of control and integration of audio with the Melbourne sports radio station. From the announcer's booth, audio can be directed to specific zones, inputs can be turned on and off, and audio levels can be adjusted. As the last and important link in the audio chain, the AtlasIED FS-Series multi-purpose, all-weather speakers hit this inspiring renovation project out of the park, creating a game-day experience that's breathing new life into an aging baseball stadium. 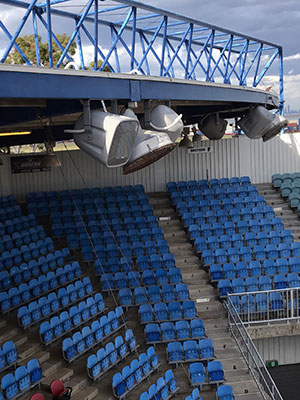 AtlasIED FS-SERIES MULTI-PURPOSE, ALL-WEATHER SPEAKERS ARE A HOME RUN FOR THE MELBOURNE ACES
“For the first time, the ballplayers can hear the audio to engage with the crowd and feel the excitement of the game.”
— PAUL TUCKER,
Mozaix Director 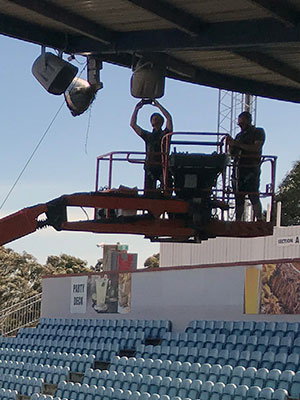 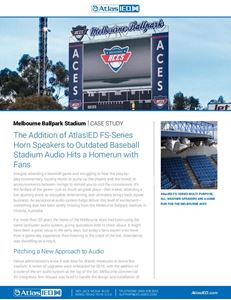 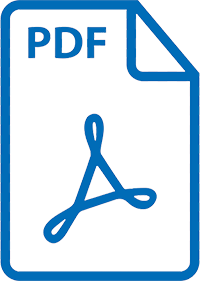